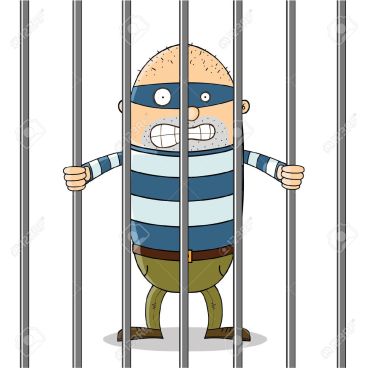 As most of you know, I’ve been in the hospital for about a week, “asserting myself”. Unfortunately, for strong women used to logical reasoning, living in a macho society and sticking up for yourself can be very frustrating.

Two weeks ago I began to have some pain in my brain, not unlike the pain I first   experienced when cancer had taken over my brain and the swelling made it hard to put my head on a pillow. So I scheduled an MRI at Clinica Las Condes (CLC), as I knew that it is slow to do anything medical here in Chile. Amazingly, the MRI was scheduled very quickly the next day.   So, after my impromptu MRI scan on Tuesday, the late night CLC crew threw me into the cardio-ward, and locked the key until Dr. M arrived from his Israeli vacation next week. Too late! The door clanged shut before I could do anything about it and I was captured.

After seeing my brain scans, Dr. Luis, Dr. M’s replacement and my temporary doctor in charge, immediately whisked me away to talk on the phone next to the scanner. He was very worried about my health, and kept talking about the need for emergency surgery. He mentioned many times I was going to drown in all the liquid that was blocked off from spinal fluid not draining around the tumor and into my stomach. Dr. Luis wouldn’t even let me go home for an hour to grab a bag of clothes and toiletries that I knew I would need for my stay. My poor husband had to guess what goods I needed, and all you ladies know that men, god bless them, NEVER get things like that right…

At the beginning of the ordeal, no less than 20 nurses and doctors I had never laid eyes on came into the room. They introduced themselves, but damned if I remembered who they were the next day. There was Dr. Luis, Dr. M’s replacement while he was gone, the speech pathologist, who kindly informed me that I had trouble swallowing.

“That’s news to me,” I said, after touching my tongue back and forth to the roof of my mouth, nose, and cheeks. The physical therapist came to walk me down the length of the hall so I wouldn’t get dizzy. She kept asking me if I was “mareado/dizzy”.  “Yes,” I replied, indignantly, as I turned a corner of the hospital ward. “I’ve had a year to deal with this unfortunate life circumstance. I’ve been dizzy since April, and I have methods in place to help me stay upright.”

There were the day nurses, night nurses, and various doctors and assistant doctors on call. Then there were the women who came to clean my room, my trash, and make the couch, etc. The nutritionist took my food order to see what I would like to eat during my stay in Hotel Las Condes.  It was then that I made the unfortunate mistake of telling her I liked ave-palta sandwiches and natural fruit… which I ate for 15 straight meals afterward. There was also a beautiful Chilean woman who administered a British memory test to me. I had to repeat British phrases to her in her halting English. It was bad! I answered her as best I could, but the questions were so culturally biased, it was really hard to take her seriously. She came in two straight days to give me more vocabulary questions, which I answered in both Spanish and English. She also kept trying to tell me that I did well on the tests.

“Don’t tell me you’re using these results to prove a point,” I muttered under my breath while trying to keep it cool. I could see her heart break a little every time she came into my room. Having to face me every morning, with her worthless (in my eyes) exam results was probably a little too assertive, even for me.

As many people told me, the doctors and nurses were just trying to help me during this time. I understand. If you don’t know me, or my health history, the scans look bad. But Dr. Luis didn’t come across as understanding my long history with Metastatic Breast Cancer, which Dr. M has been privy to over the past four years.   Surgery may be part of the long-term plan, but we just switched treatment medicine, so I expected the first results to be a bit skewed. Turns out, on comparison, my lesions have not grown at all since last scan.  I trust Dr. M to make a treatment plan based on my quality of life as a longtime Metastatic Breast Cancer (MBC) patient, not just as a neurosurgeon, technician, radiologist, or highly competent doctor with condescending bedside manner. I felt like there were two very different perspectives to my surgery issue. One from a neurology point of view, and one from the MBC point of view that I most subscribe to.

Dr. Campos, the main neurosurgeon, came to my room twice a day, to sell me on the elective hydrocephalus drainage surgery. After much thought and prodding, I have decided that since the surgery is so minimally invasive and basically carries no risks, and could even help me, I’ve decided to do it. I’m not thrilled, as you can imagine, with people going near my scalp with knives. However, if people want me to, I will. As I said, the shunt and the procedure are very safe, and the incision very small. My only concern is long-term benefits vs. risks. I have been assured, many times by multiple doctors, that the surgery could only help, not hurt. I might get better, I might not: I have decided it’s worth the risk. If it could help me to walk straight again and enjoy my vacations more, then I am in support. If insurance covers the procedure, I will go ahead with the drainage shunt, as well as a change to my medicine in order to be more effective in the brain. Currently the new drugs are tearing up my stomach. I have some very painful issues going on, and I hope it goes away soon. I am not sleeping or moving off the couch. Neither is my bleary-eyed husband.

So, for now, here I am, at home; recovering from hospital jail. My parents are here to keep me company, and my sister will be coming down soon. I have an interview coming up with Moon travel, which I’ve been dreaming about my whole life. I thought I’d be better a day after the hospital, but I was still so drugged up and dizzy that I barely pulled it together for the Skype interview. My tongue lay heavy in my mouth and I could sense some difficulty talking and making a solid argument. Moon Travel was very nice and postponed the interview. Since she was interviewing for all the Latin American books, I think she was glad to have the break honestly. I earned bonus points for attempting to interview right after a week long hospital stay. Being honest about my health condition may hurt my chances, but I really want to work for someone who knows about and is understanding of my health condition. Wish me luck in the interview re-scheduled next Tuesday!

Stitches out after surgery with CamposApril 11th, 2017
Seeing Dr. M hopefully to lower my steroid dosage after meeting with Campos.
%d bloggers like this: